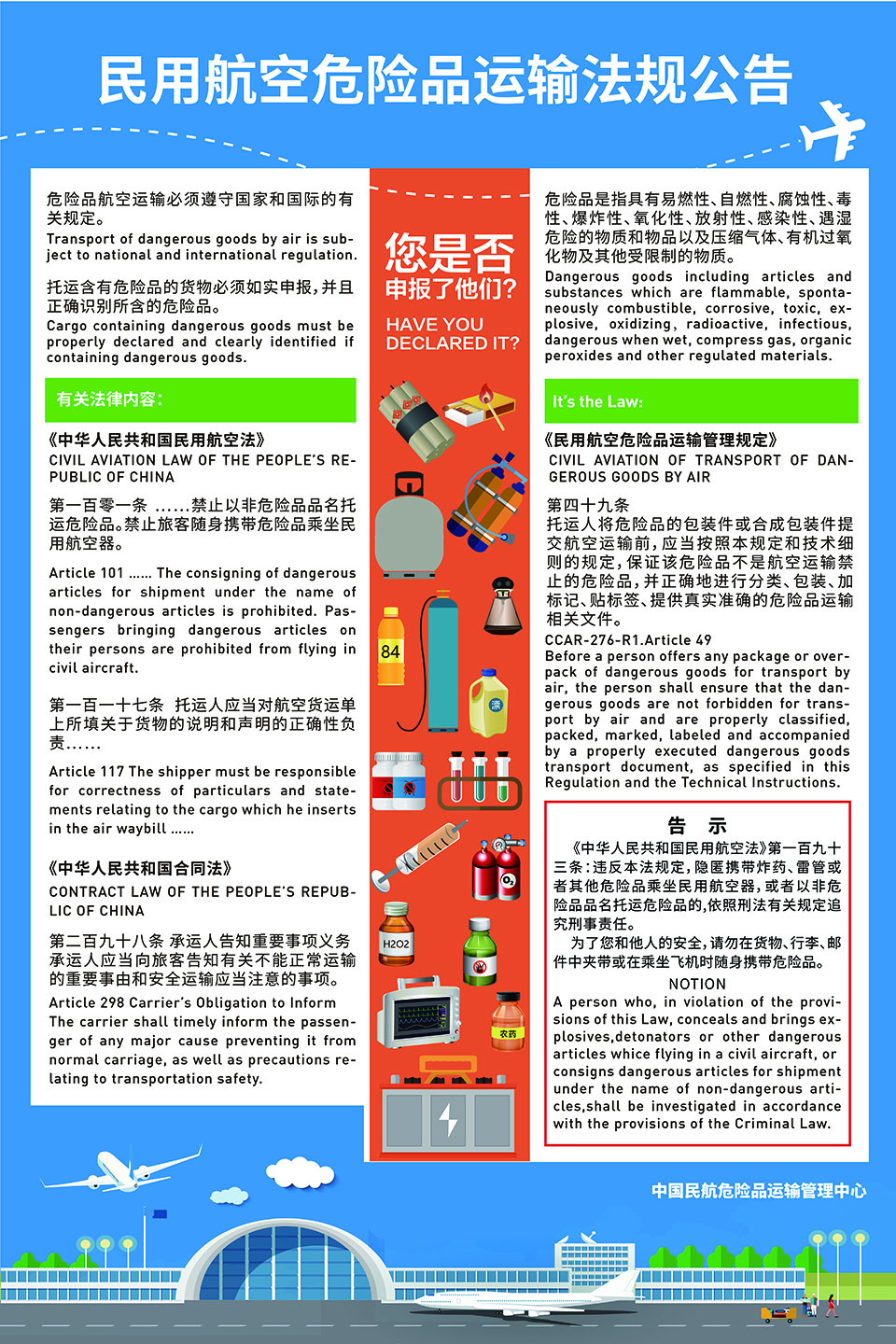 a) The following dangerous goods shall not be included in passengers' checked baggage or carry-on baggage:

2) Gases, including hydrogen, oxygen, butane and other bottled compressed gases and liquefied gases;

6) Toxic and infectious substances, including cyanide, highly toxic pesticides, and other toxic articles;

7) Radioactive materials, such as radioisotopes, and other radioactive particles;

9) Other articles hazarding flight safety as specified in ICAO Technical Instructions for the Safe Transport of Dangerous Goods by Air, such as strong magnetic material possibly interfering the normal working of aircraft instruments and substances with strong irritant odors;

10) Other articles that are not permitted to be carried or transported as stipulated by Chinese laws and regulations. 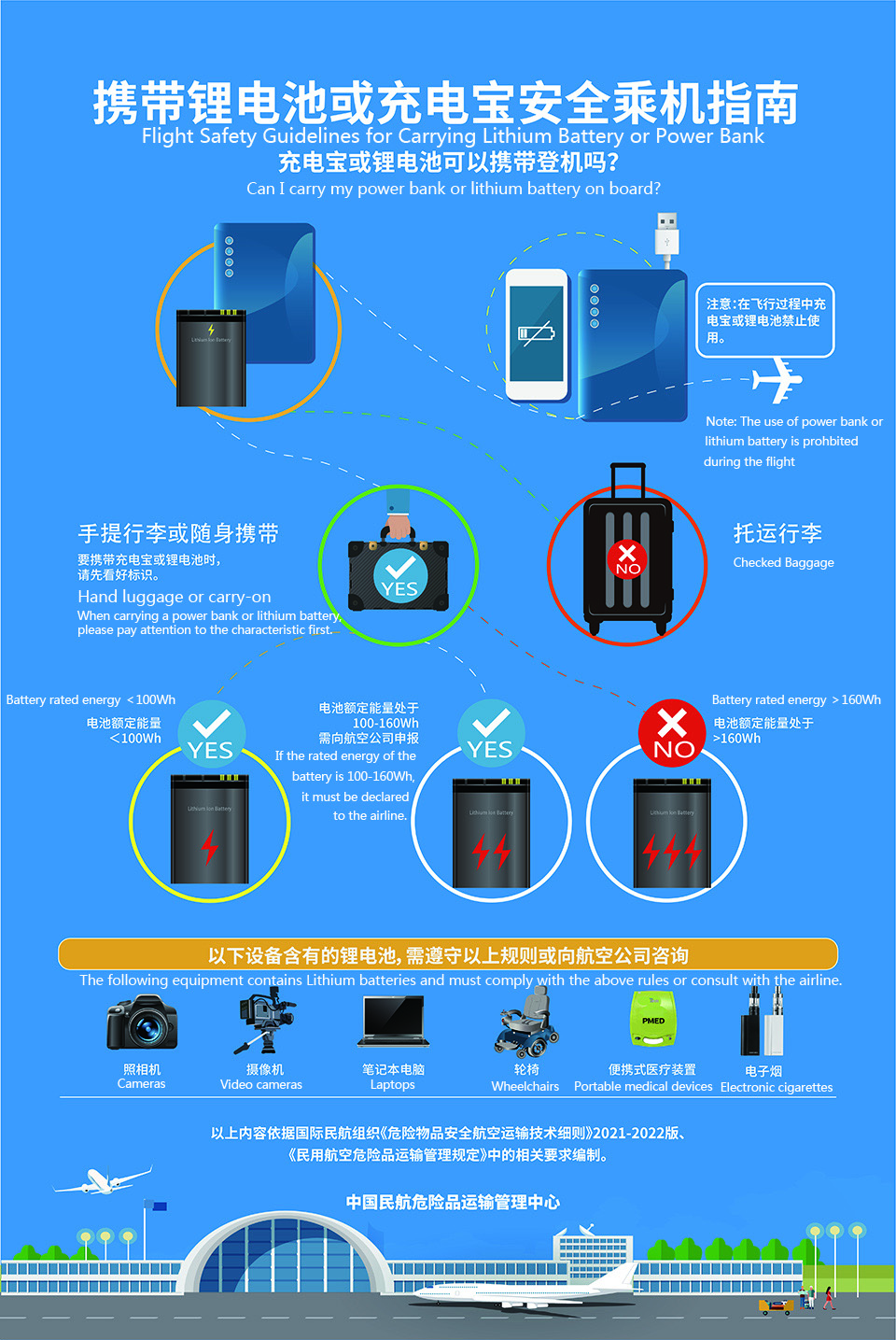 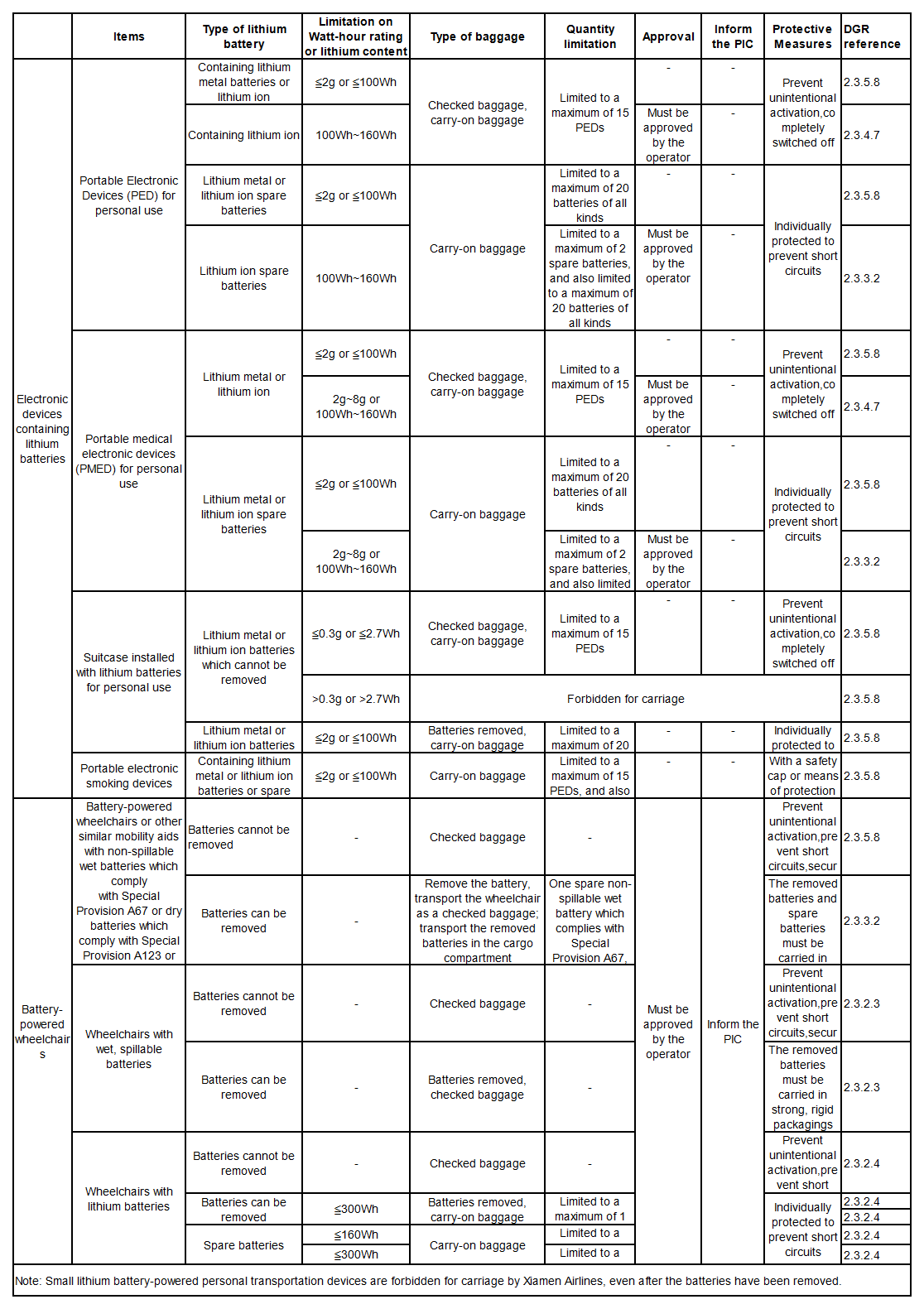