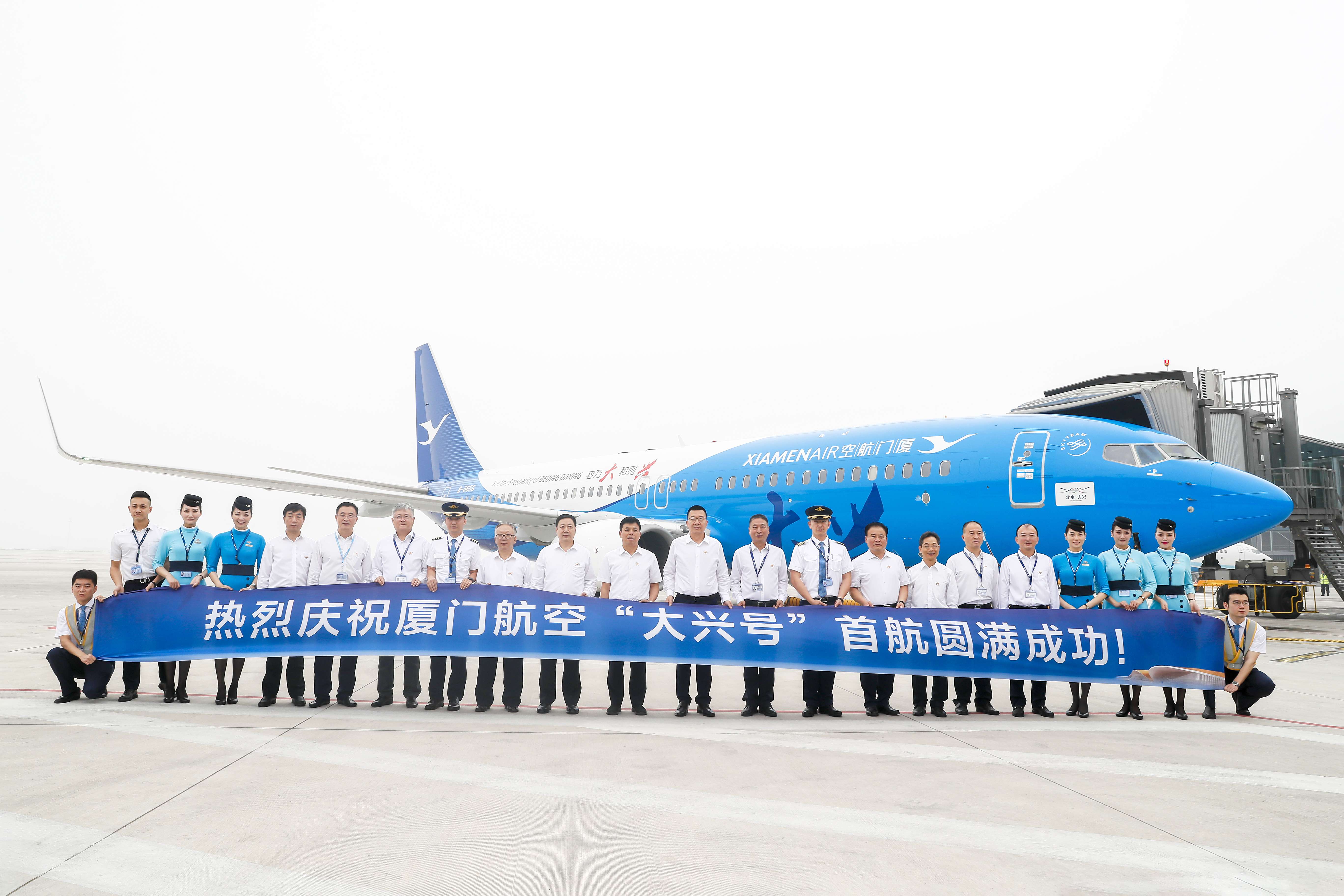 It was at 9:30 am, August 5 that a blue-white Xiamen Airlines aircraft with the number B-5656 flew across the sky and landed smoothly on the runway of Beijing Daxing International Airport, declaring the complete success of the maiden flight of “Daxing”.

After the aircraft safe landing at Daxing Airport, a group-photo was taken in front of the “Daxing” aircraft to mark the occasion, including the Zhou Liyun (Secretary of Daxing District), Hou Xianlong (Director of the Supervision Bureau of Daxing Airport), Yao Yabo (General Manager of Daxing International Airport), leaders of Xiamen Airlines (Board Chairman and Party Secretary Zhao Dong, General Manager and Deputy Party Secretary Wang Zhixue, and Party Committee Member and Deputy General Manager Huang Huozao) and the flying crew.

This is yet another special coated aircraft of Xiamen Airlines after “United Dream”, and a pride for the company. “Daxing” will mainly be used for flights to and from Beijing Daxing Airport, creating a beautiful scenery at this world-class airport.

Since March 29 this year, all flights of Xiamen Airlines to and from Beijing have been transferred to Beijing Daxing International Airport, making Xiamen airliner the only major domestic airlines making a one-time inter-airport transfer. As per the current plan, the 84 daily flights of Xiamen Airlines and Hebei Airlines (under Xiamen Airlines) to and from Beijing will be operated between Daxing Airport and 30 destinations across the country, including Shanghai, Guangzhou, Shenzhen, Hangzhou, Zhoushan, Ningbo, Chongqing, Chengdu, Xi’an, Sanya, Changchun, Xining and Nanchang.